After surfing the net, I have found out that an upgrade of hardware is not just an "upgrade" anymore. Its "the great ... upgrade of ...". Replace the first "..." with the item and the second "..." with the year. 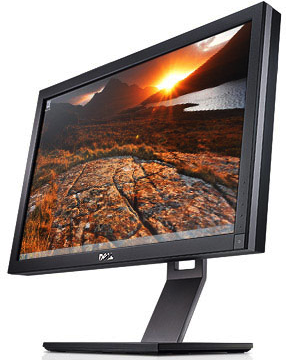 This setup is not ideal working environment when you are moving programs between the displays. And most movies these days are 1920x1280 or more, so they are stuck on being viewed on the "HD" screen. So I end up doing most of my work on the "big" screen, and having support applications on the others. And then move everything around when I start working on something else.

And lastly the first two screens are from 2007. They have been good to me, but they are getting old.

Enter my upgrade. I'm going to replace all three displays with two Dell UltraSharp U2711, these screens are 16:9 (2560x1440), which gives me the same resolution across as I'm used to, but uses less footprint on my desk, less power and mostly, I can remove one of my screen cards.

The reason I'm "downgrading" from three to two screens is that I'm not. Later this year I'm planing on replacing my Mac Pro with an Apple iMac 27", then I'm back at three displays, and my ideal setup.